July 10, 2021
On the auspicious occasion of Olympic Day 2021, a tree platatoin program was organized by the Peace Through Sports Commission and Sports and Environment Commission under the auspices of the Nepal Olympic Committee.
President of NOC Honorable Jeevan Ram Shrestha was the Chief Guest of the program. At the event, Hon'ble Shrestha expressed his belief that such an event would have a positive impact on sports and would further support the environment. He also asked the Mayor and Deputy Mayor of Kirtipur to provide space for the construction of an Olympic forest in Kirtipur. Mayor of Kirtipur Municipality Mr. Ramesh Maharjan, Deputy Mayor Ms. Saraswati Khadka, Vice President and Executive Director of Nepal Olympic Committee Mr. Chaturananda Rajbaidya, General Secretary Nilendra Raj Shrestha, Secretary Hon'ble Tulsa Thapa, Member Ram Awale, Commission officials and locals were present in the program.
The program was conducted by Ms. Anju Bhattarai, General Secretary of Peace Through Sports Commission. 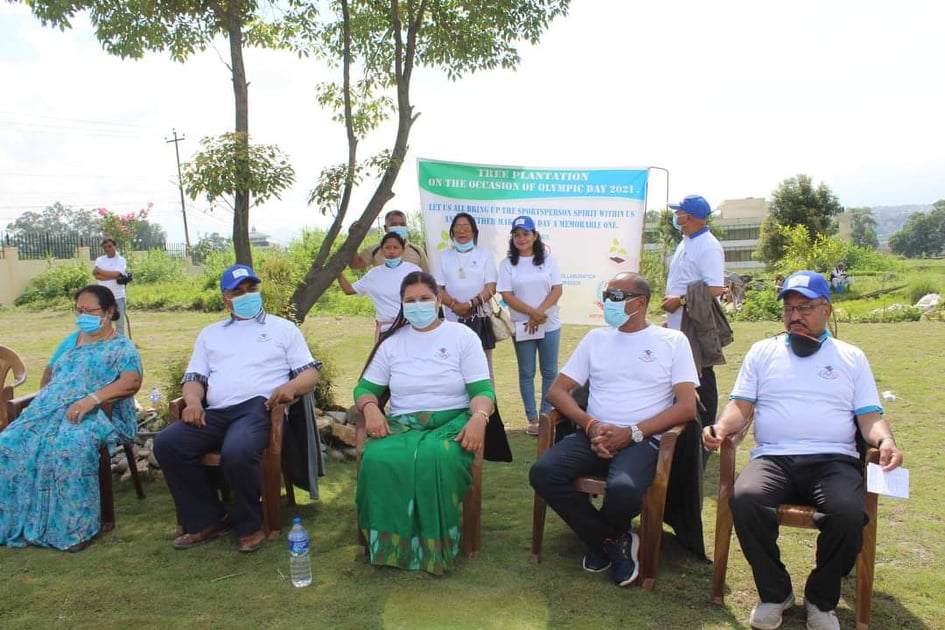