The Secretary General of Qatar Olympic Committee H.E. Jassim Rashid AlBuenain along with 11 other delegates visited Nepal Olympic Committee in order to request to formally support the bid for the 2030 Asian Games. H.E. Yusif Bin Mohammad Al-Hali, Ambassador of State of Qatar to Nepal also attended the program.

The team also presented a special program of Qatar's bid for the 2030 Asian Games and expressed happiness over welcome of the Qatari team to Nepal. NOC President Shrestha also wished success to the Qatari bid for the 2030 Asian Games. "Qatar has already successfully hosted the 2006 Asian Games," he said. Qatar and Nepal are committed to mutual assistance in the development of sports. President Shrestha further said,' bilateral relations between Nepal and Qatar are also good and it has helped to strengthen sports ties between us. The Qatari team included H.E.  Dahlan Jaman Al Hamad, President of the Asian Athletics Association and Mr. Mohamed Youssef Al Mann, President of the Asian Weightlifting Association. 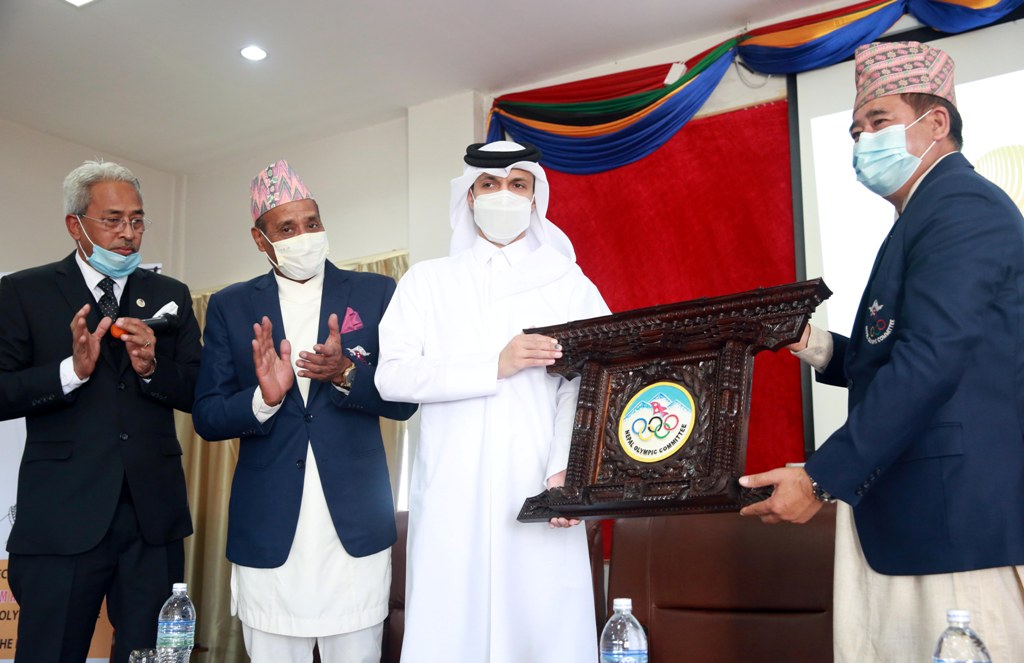