Nepal Olympic Committee (NOC) on monday welcomed the newly appointed Member Secretary of the National Sports Council Tankalal Ghising during a special event. At a event held at the NOC Building at Satdobato, Committee President of NOC Honorable Jeevan Ram Shrestha wished success to the tenure of the Member Secretary and stressed on the need for cooperation between the two bodies of NSC and the NOC.

Member Secretary Ghising said that the preparations for the national team have started with his appointment. Executive Board Members and General Assembly Members of NOC were also present on the program.

After that, a preliminary discussion on Nepal's participation in the 19th Asian Games was held between NOC and NSC. The competition will be held in Hangzhou, China from September 10 to 25. NOC President Shrestha on behalf of the NOC and Member Secretary Ghising on behalf of the NSC participated in the discussion.

General Secretary of NOC Mr. Nilendra Raj Shrestha, Vice President and Executive Director Mr. Chaturananda Rajvaidya also participated in the discussion. On that event, there were discussion about determining the number of games and players to participate in the competition.

Similarly, there were discussion on the games that Nepal should participate in, there potential and the need for high performance. Other international competitions in which Nepal will participate were also discussed on the meeting. The head of the concerned department of the NSC Mr. Arjun BK  was also present in the meeting. 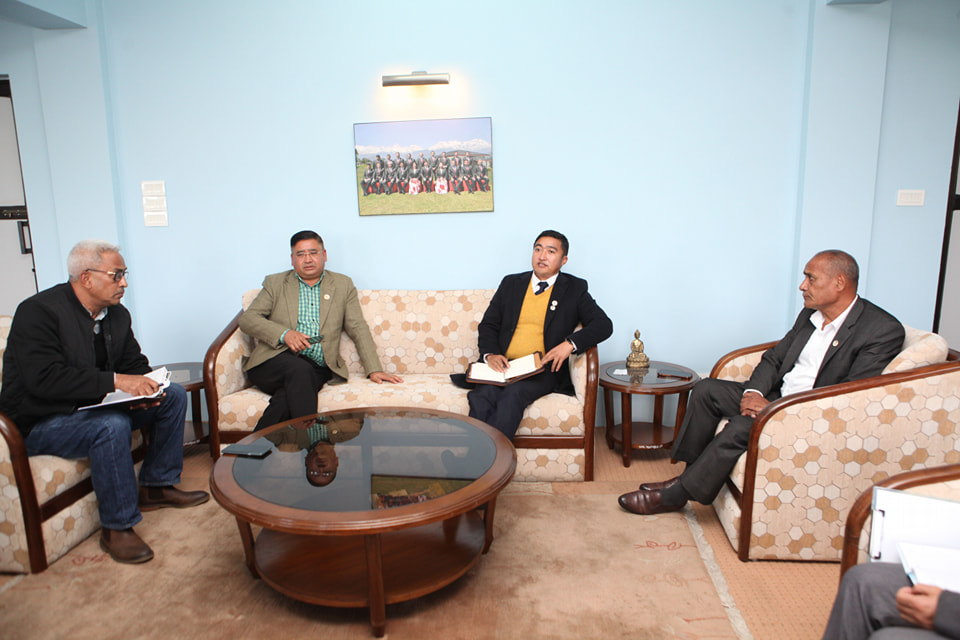