Nov 17, 2019
South Asian Olympic Council(SOAC) signed 3 contracts today on Crowne Plaza Kathmandu-Soaltee, Tahachal Marg about the broadcasting rights of the 13th South Asian Games(SAG) which is going to be held in KTM, Pokhara and Janakpur from December 1 to 10.
SOAC representative Secretary General Mr. Nilendra Raj Shrestha signed the agreement to provide the broadcasting right to India's NK Media Venture Pvt Ltd whose representative Mr. Prabhat Ranjan Mallick(Managing Director).
Mr. Priyanath Chattopadhyay who is the Chairman of Saturday Times Media signed a Fiscal Agent agreement with Mr. Nilendra Raj Shrestha.
The Memorandum of Understanding between NOC and National Sports Council was also made between President of SOAC/ NOC Hon. Jeevan Ram Shrestha and Member Secretary of NSC Mr. Ramesh Kumar Silwal where it states that the revenue will be 50/ 50.
After deducting 50 percent of the advertisement revenue as an agent fee, the remaining revenue will be used in sports development projects in future jointly by NOC and NSC. 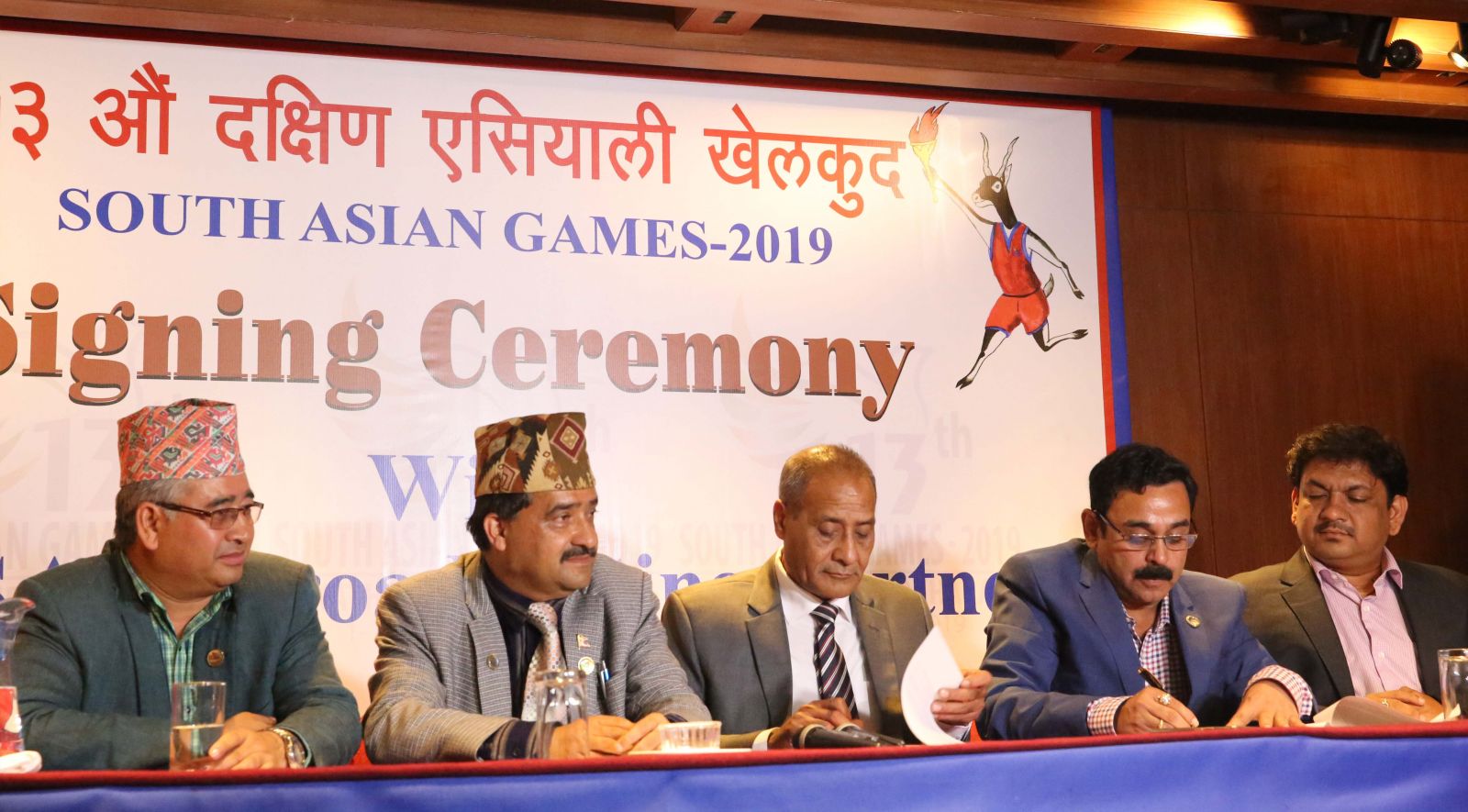