The said Course was stared on March 22, 2015 and Concluded on 30 March 2015. There were enthusiastic 28 Participants including Male and Female coaches from different district of country have participated in the courses. The course was conducted by the BWF Trainer from Malaysia.
Name List of Coaches:

Opening ceremony was inaugurated by president of Nepal Olympic Committee Mr. Dhruba Bahadur Pradhan in Nepal Olympic Committee's Building, Satdobato, Lalitpur in the meaningful participants of Executive Members of NOC/Nepal, Board members of Nepal Badminton Association, Coaches, Athletes and Sports Journalist  During the inauguration ceremony of the program, President of NOC/ Nepal emphasis in his speech the importance of the course towards the Development of Badminton Sports in the country. 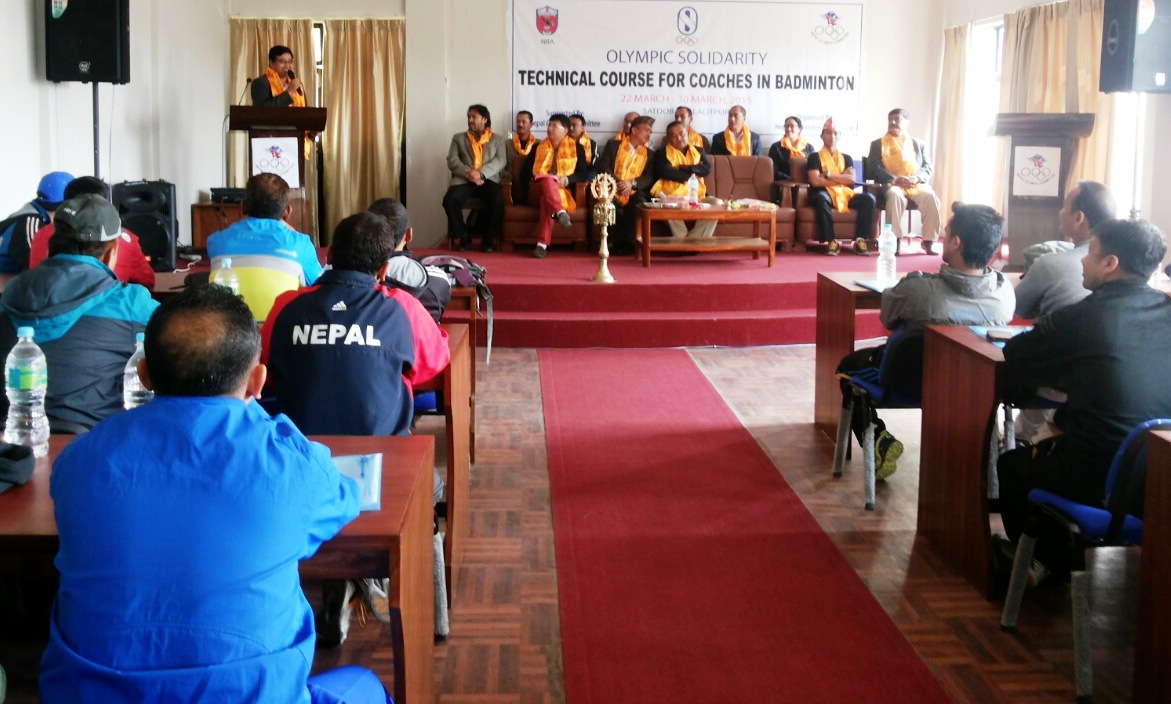