President of NOC Honorable Jeevan Ram Shrestha bade farewell to 8 participants of Nepal Judo Association participating in Asia Oceania Judo Championship 2021 on 06 April to 09 April in Kyrgyzstan, Bishkek.
This is an Olympic Qualifier event where 31 Countries with 123 male and 95 female participants in this event.  President Shrestha gave his best wishes to the participants and said that we have to aim to get the qualification and even for a wildcard entry the ranking of athlete is taken into consideration. 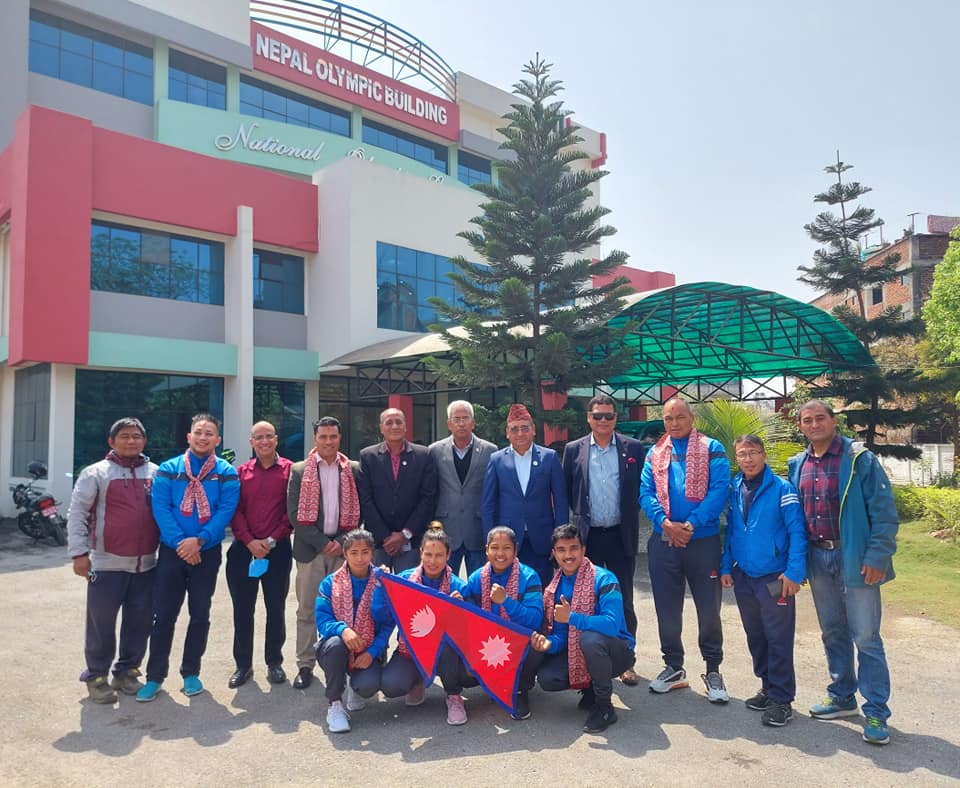