The 2018 Asian Games officially known as the 18th Asian Games and also known as Jakarta-Palembang 2018 was held in Indonesian cities of Jakarta and Palembang which concluded on 2nd September 2018. The 2 weeks long program which started in 18th August 2018 had 45 Nations participating with 11,646 Athletes in total of 465 events(40 Sports). 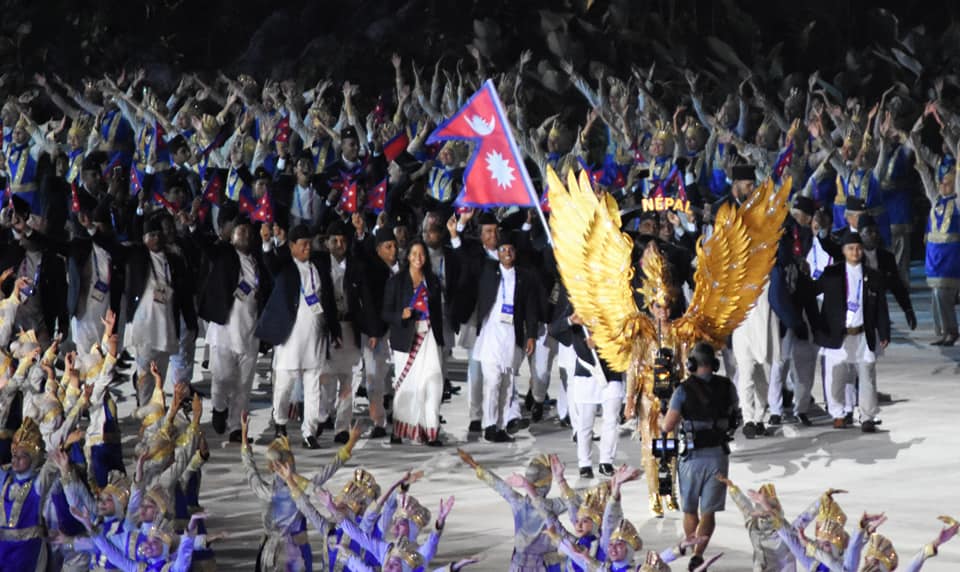 Nepalese Representatives on the Opening Ceremony in Jakarta, Indonesia
Nepal started its participation from 1951 Asian Games in Delhi and have taken part in all editions except for two occasions — Philippines (1954) and Indonesia (1962). In the past 15 editions, Nepal have won a total of 23 medals — one silver and 22 bronze medals. Nepal won one medal each from the last two outings — Guangzhou (2010) and Incheon (2014).In this 18th Asian Games, Nepal took part in 29 sports disciplines with 186 athletes among which 130 were men and 56 were women. For this event Chief the Mission and Deputy Chief the Mission from Nepal were Mr. Keshab Kumar Bista and Mr. Dhirendra Pradhan respectively. 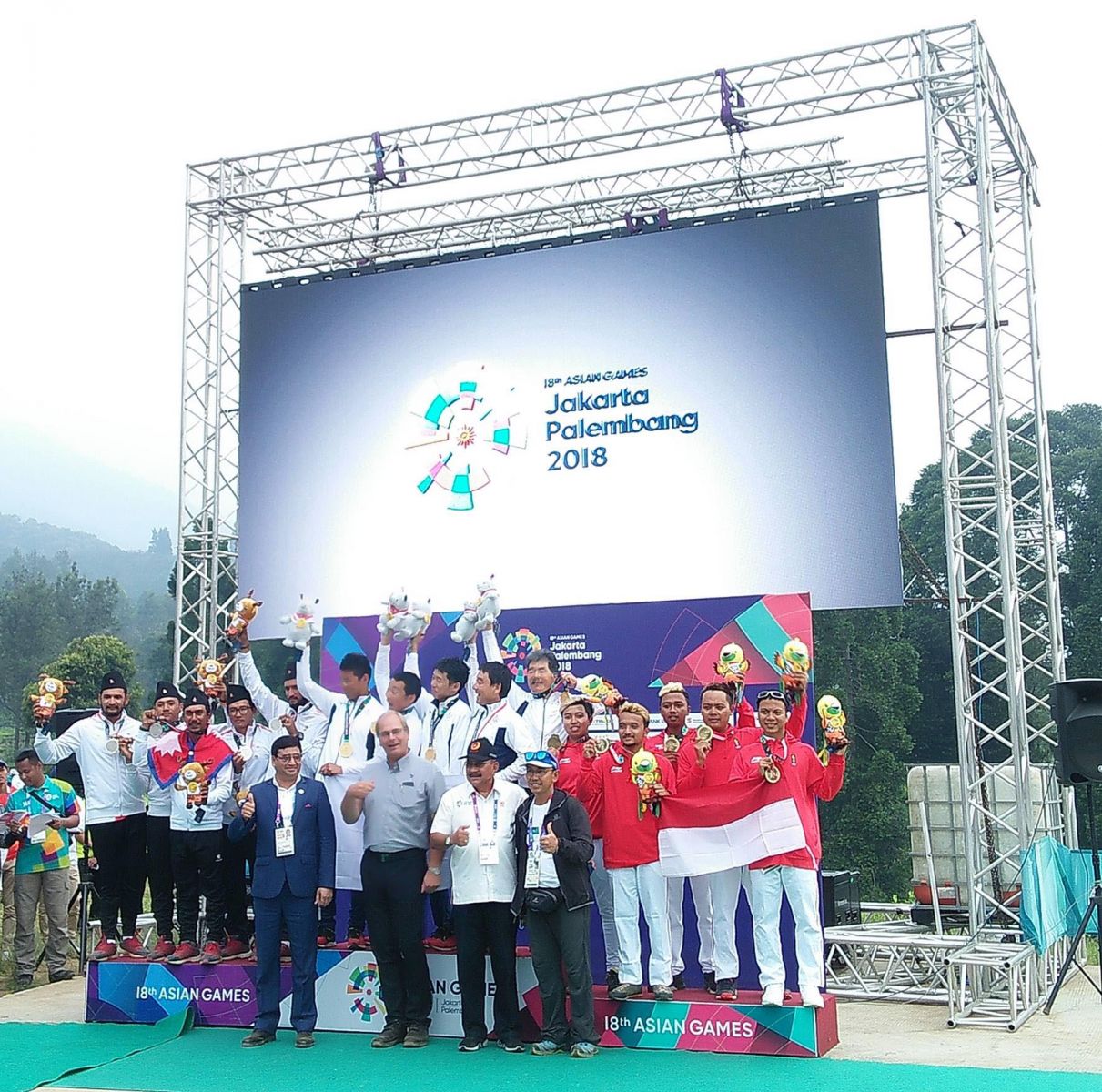