The 10 Days long (December 1-10) South Asian Games held in Kathmandu, Pokhara and Janakpur-Dham have come to an end.  It was the 3rd time Nepal hosted South Asian Games; Nepal previously hosted the first ever SAG in 1984 and 1999.
The Chef De Mission from Nepal was Deputy Secretary General of NOC/ Vice President of NSC Mr. Pitamber Timsina and Deputy Chef De Mission was from NSC Mr. Rim Ranabhat.

There was a grand opening of the mega event of South Asia in the newly reconstructed Dasrath Rangashala, Kathmandu where President of Nepal Rt. Honorable Bidhya Devi Bhandari declared the games open. 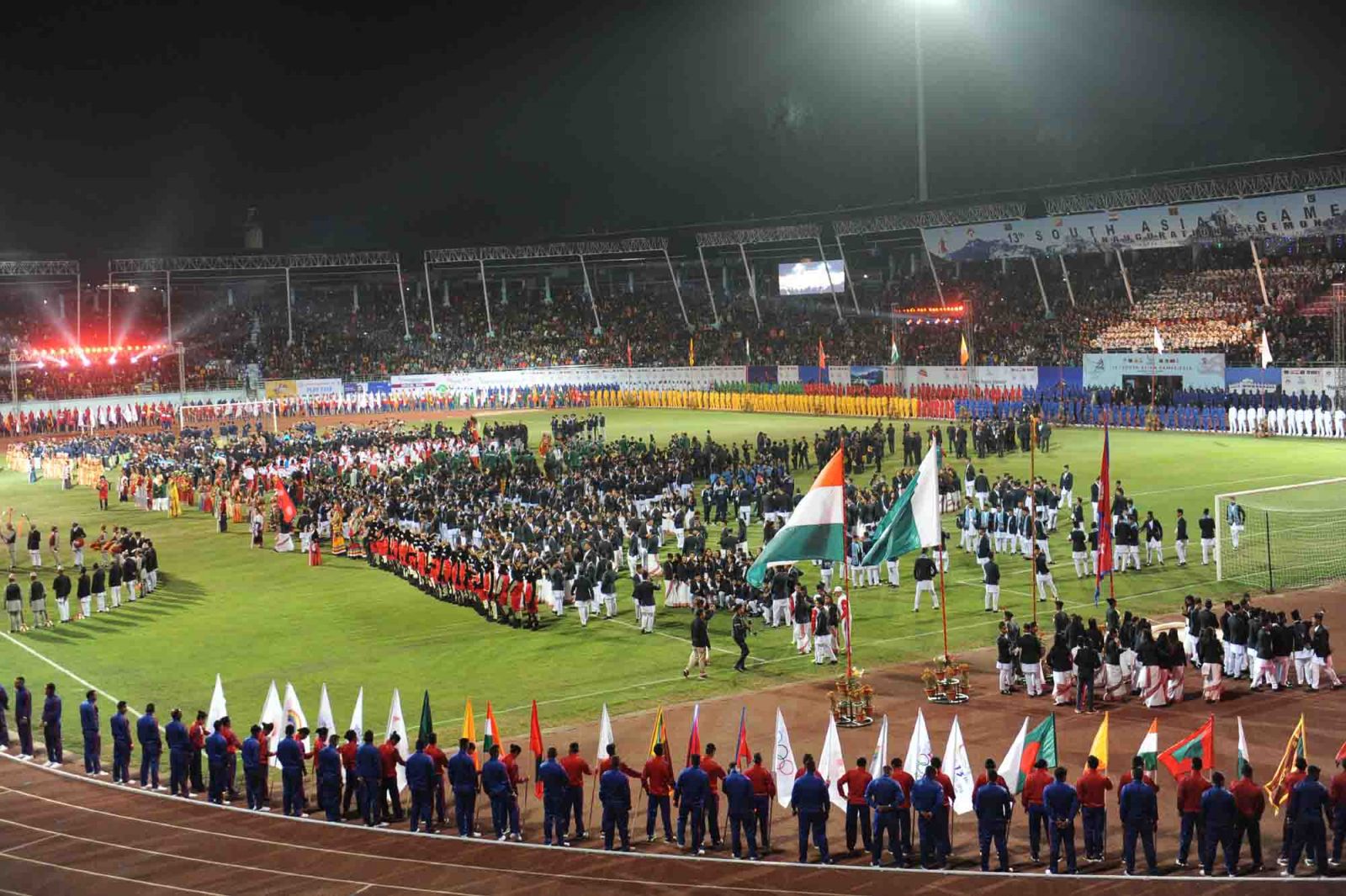 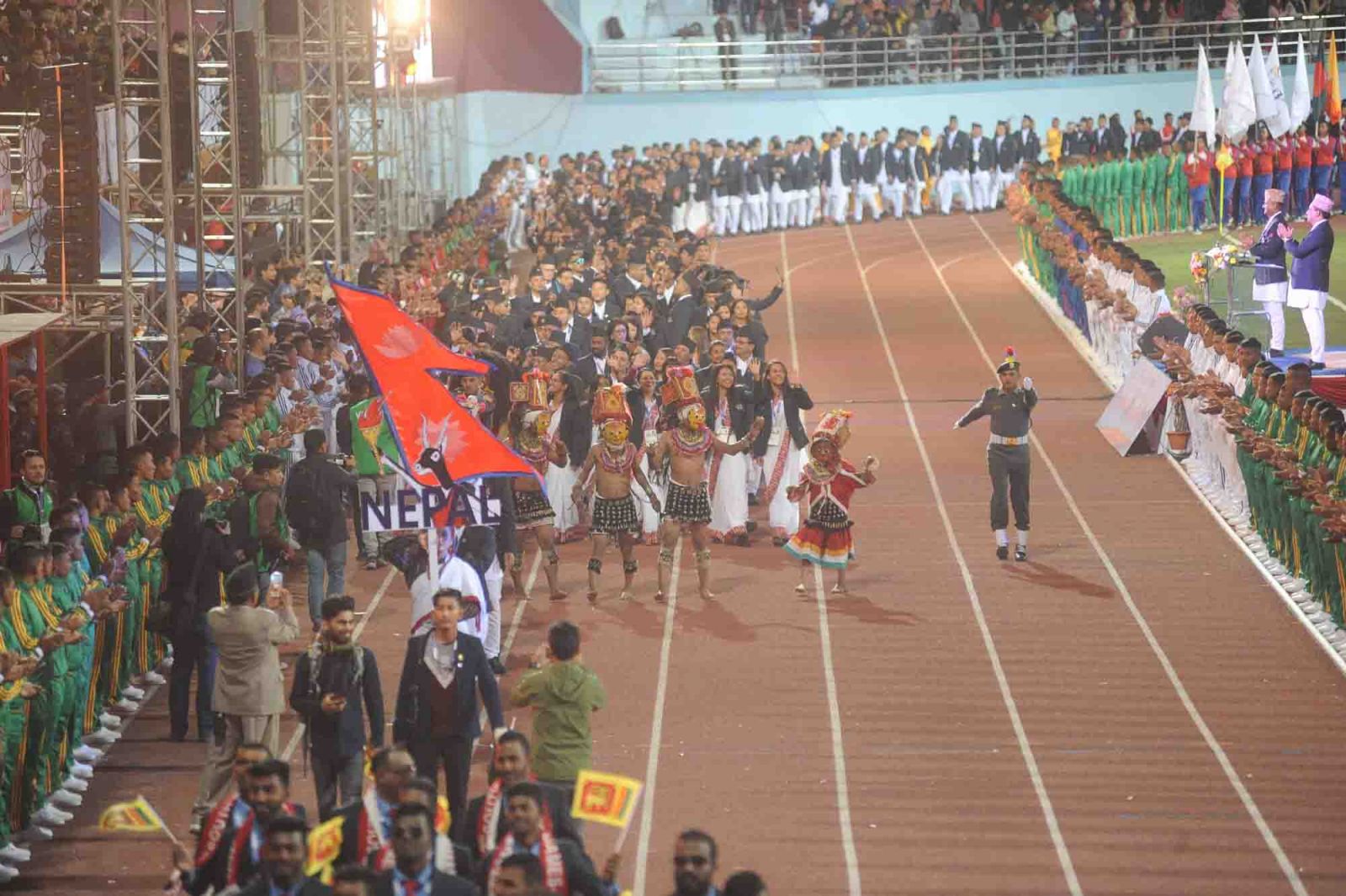 Results:
The closing ceremony was also held in the Dasrath Rangashala just after the final game of Football where Nepal won the game against Bhutan. In the closing Prime Minister of Nepal Rt. Honorable K.P Sharma Oli addressed the games through a video conference due to his health issue. He thanked all the participating countries and congratulated all the participants.

President of SAOC/ NOC Honorable Jeevan Ram Shrestha handed over the flag of SAOC to the President of National Olympic Committee of Pakistan Mr, Syed Arif Hasan who will host the 14th South Asian Games in Pakistan. 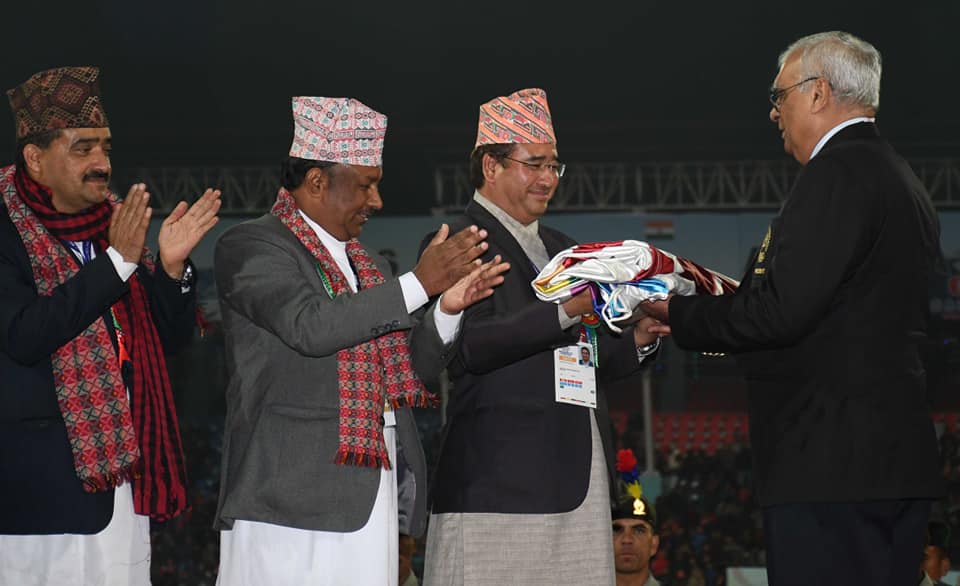