October 24, 2017 Thursday
A meeting between President of Nepal Olympic Committee Mr. Jeevan Ram Shrestha and Ambassador of South Korea Mr. Park Young-sik was held to talk about the upcoming PyeongChang winter Olympic which is going to held in Korea in February 09,2018.
In the meeting President Shrestha talked about the preparations of the Nepalese athletes for the winter Olympics. Ambassador Mr. Park also said that the preparation for the PyeonChang winter Olypic games is going on well in Korea.
Counselor & Deputy Chief of Mission from Korea Ms. Kang Yeoul was also present in the meeting. 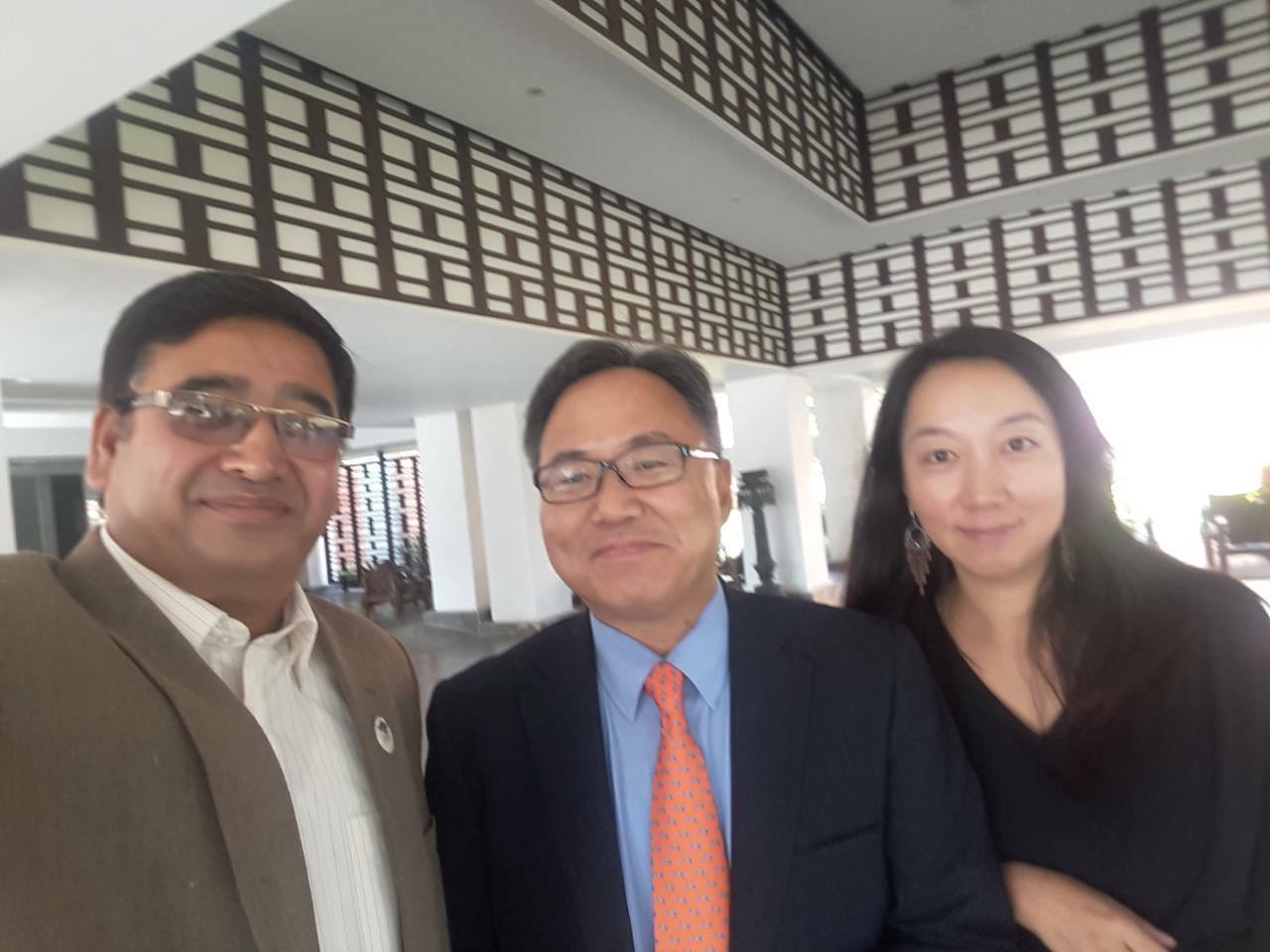