The program was chaired by Mr. Jyoti Rana, Vice President of the Nepal Olympic Committee and Chairman of the Women's and Sports Commission.
NOC President Shrestha felicitated Ms.Bimala and Ms. Bhavani in a special program organized on the occasion of 111th Women's Day.

The sum of Rs 25,000 was also provided in honor of there hard work. Ms. Vimala is a former athlete and has been active in the middle distance for more than a decade. She won a bronze medal in the 3,000 meters at the third South Asian Games in Kolkata, India in 1987. The officer Ms. Bhavani has been honored as a staff administration. She has been working for the National Sports Council for three decades.

The commission has decided to award this honor every two years from now on. The commission had started honoring it as Women's Day since 2012.
Speaking on the occasion, NOC President Shrestha said that women are still lagging behind in the leadership of Nepali sports and added that this sector should be more women friendly. 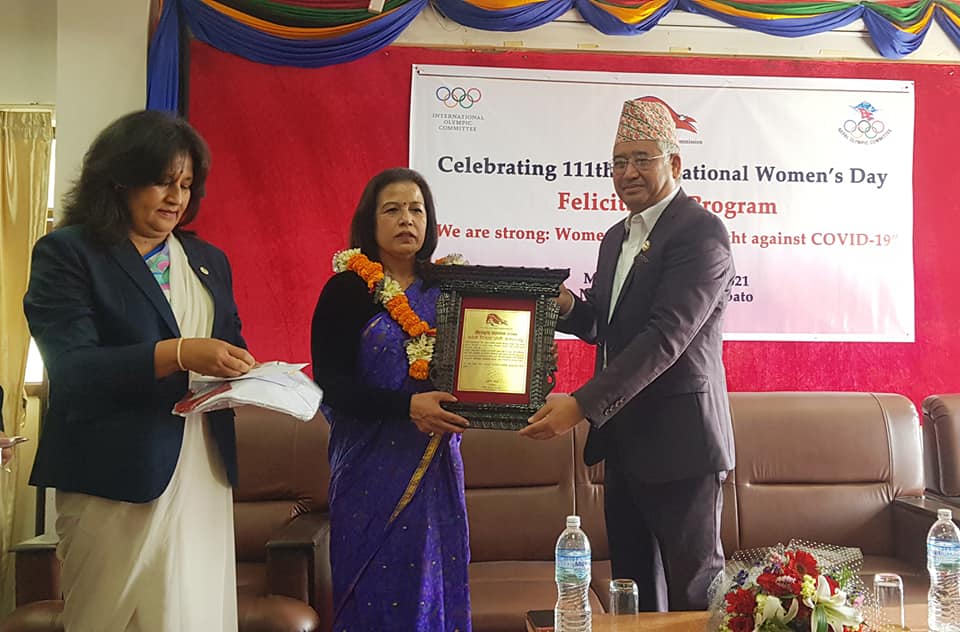 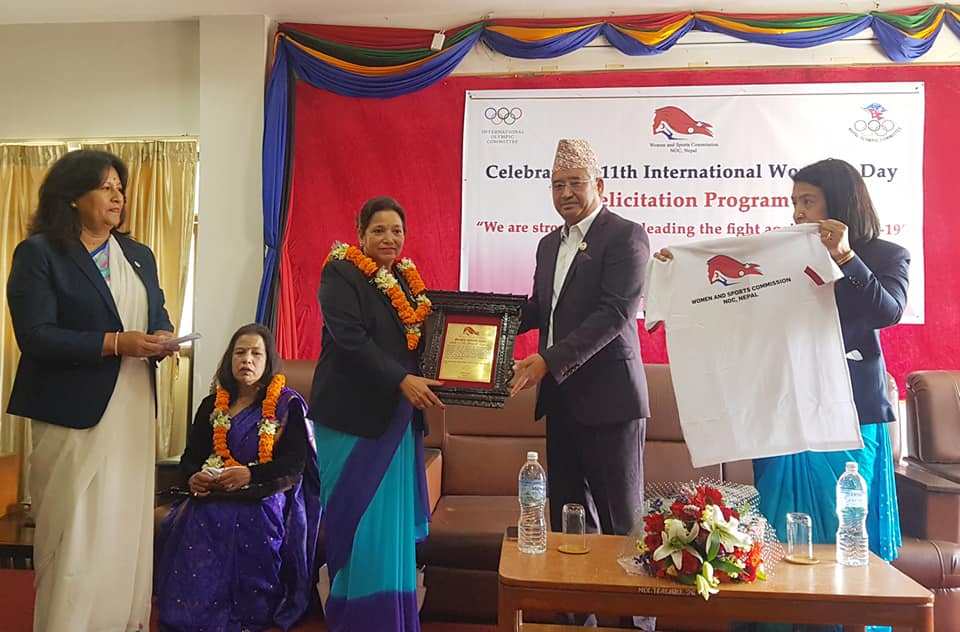