President of NOC Honorable Jeevan Ram Shrestha along with Treasurer of NOC Mr. Ratan Tandon handed over the official appointment letter of the Executive Director to Mr. Chaturanandra Rajvaidhya who is also Vice President of NOC.

In accordance to the NOC Constitution (Chapter no. 9) article no. 37 sub article no. 1, the Executive Board had decided to appoint an Executive Director to Mr. Chaturananda Rajvaidhya in order to run NOC's Routine Administration.

President Honorable Shrestha congratulated Mr. Rajvaidhya saying this is an historic event as this is the first time in the history of NOC that an ED has been appointed.

About the new ED of NOC:

Now, VP of NOC Mr. Rajvaidhya through the election of 2019AD had been a member of NOC from 2011 to 2015.
Mr. Rajvaidhya now is also the Executive Director of Asia Pacific Trade Concern (electrical import and distribution) where he has been involved for 32 years. 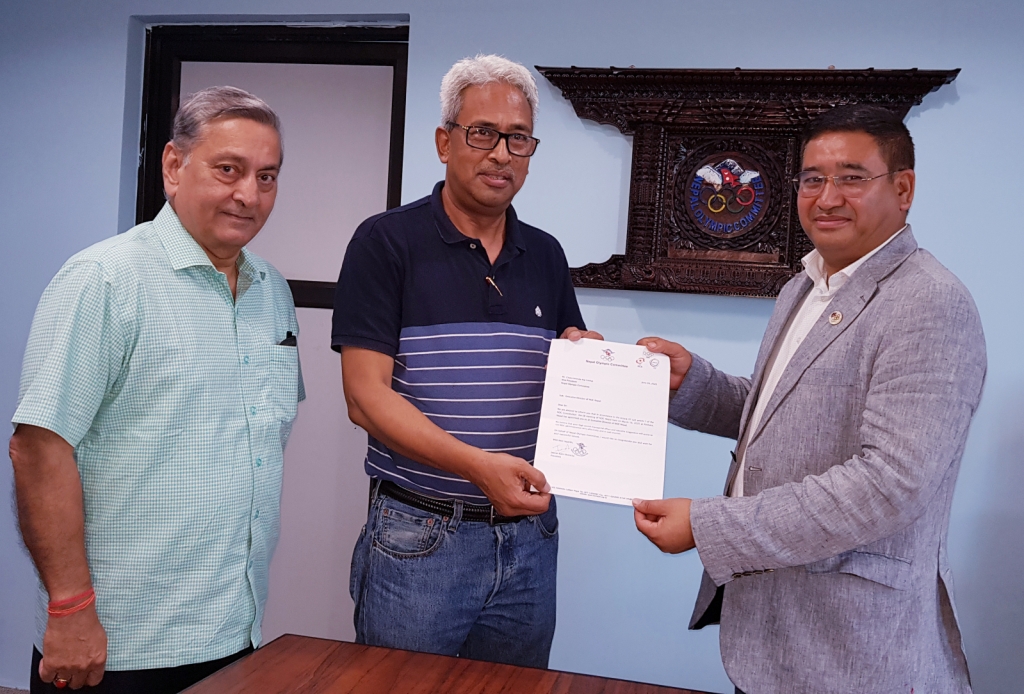