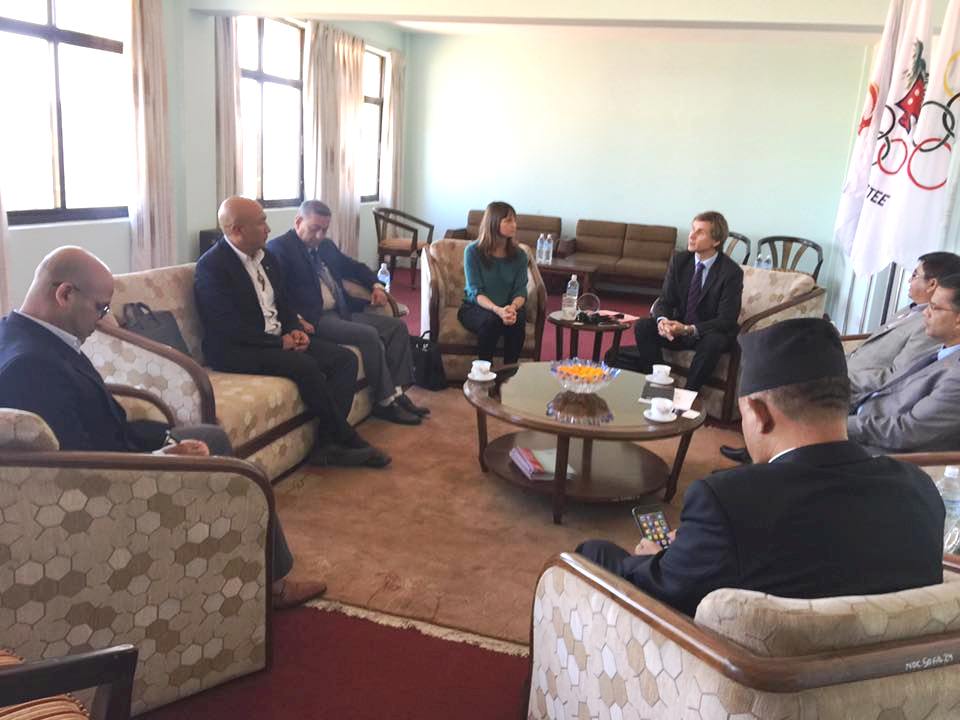 In the second day the delegates met with representative of different Olympic Commissions like Mr. Bisnu Gopal Shrestha President of Sports for All commission and Ms. Jyoti Rana President of Women's Commission. They also met with Mr. Dhurba Bahadur Pradhan President of National Olympic Academy/ Honorable President of NOC and his team. Finally, the delegates met with all the board members. In the meeting Mr. Edward Kensington said that their main motive for the visit was to better understand the situation of Nepal Olympic Committee and also to supervise the utilization Solidarity support fund and its benefits. He also briefly informed the process of Olympic Solidarity to the Board. He added that IOC solidarity department visits 2 NOC countries every year. This year in Asia they choose South Korean Olympic Committee and Nepal Olympic Committee. 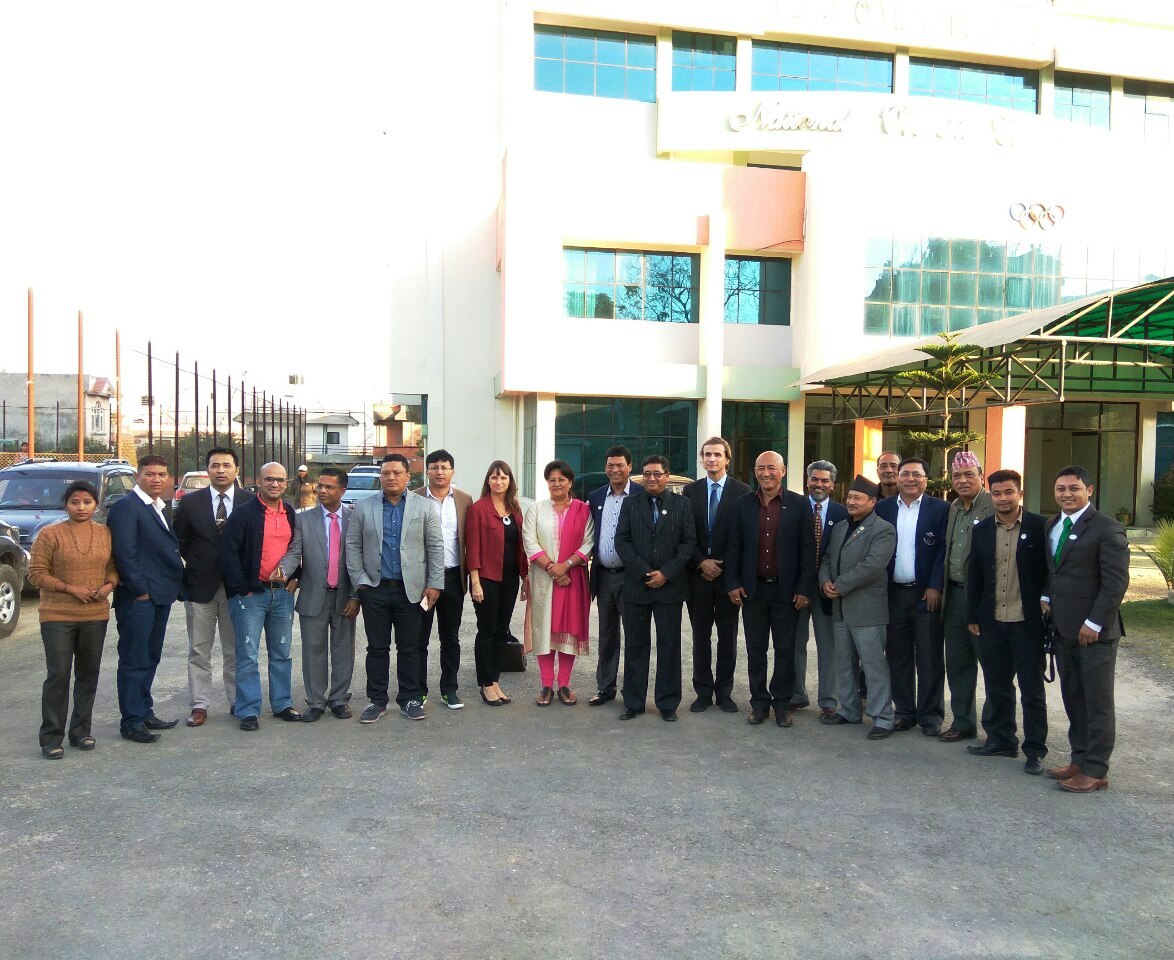