According to the MOU signed by NOC and Tokushima Prefecture on January 20, 2020 different pre-training camps have been conducted for the Preparation of Olympic 2020.

The Swimming participants will train in Tokushima Prefecture in Japan and join the Olympic Village on 20th July, 2021 to participate in the Tokyo Olympic 2020.
In the program Vice President of NSA Mr. Rajesh Bajrachayra, member of NSA Mr. Mukunda Raj Sharma and parents of the participants were also present. 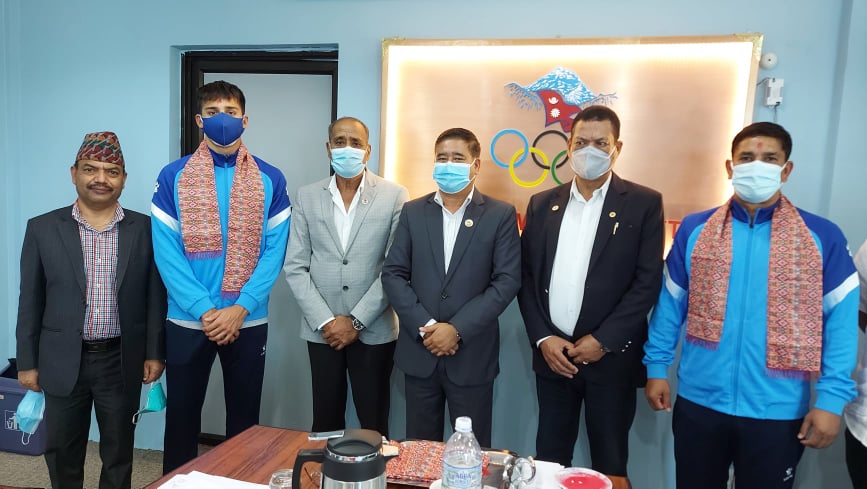