The 12th Annual General Meeting of the Nepal Olympic Committee was held at the Satdobato NOC Building on Tuesday. The AGM was inaugurated by Honorable Youth and Sports Minister Maheshwar Gahatraj Athak.

On the occasion, he said that the Supreme Court's order had a long-term impact on Nepali sports and stressed on the need to give priority to issues affecting the overall sports sector of the country. Talking about the Supreme Court's order regarding the member secretary of the National Sports Council, Minister Gahatraj said that the problem should be resolved soon. "The government is ready to abide by the decision of the court," he said. But it is expected to be decided as soon as possible. He said, "The court should not delay in making a decision on sports."

Welcoming the inaugural session, General Secretary of the NOC Mr. Nilendra Raj Shrestha said that there was confusion in Nepali sports and a solution was needed as soon as possible. He also requested to provide the prize money to the sports association after the 13th South Asian Games (SAG) as soon as possible. He said, "Even though Nepali sports are in a dilemma now, preparations should be made for the upcoming National Games and Asian Games by forming a committee under the ministry."

The chairpersons of various commissions under the Nepal Olympic Committee also presented their progress reports. Mr. Gopal Sundarlal Kakshapati, a member of NOC and Chairman of the marketing commission, informed about the nine different categories announced by the Nepal Olympic Committee from 2021. From next year, the committee will give awards to the best associations in journalism under print, multimedia, photo journalism, visual media, men and women in sports, men and women in coaches and sports. Similarly, those who have contributed to the Olympic movement will also be honored in three categories.

At the end of the program, President of NOC Honorable Jeevan Ram Shrestha said that the Olympic Committee would be more organized, transparent and accountable in the days to come and requested the Sports Association to develop itself accordingly. Similarly, Honorable Shrestha said that as per the directives of the International Olympic Committee (IOC), the sports Associations should be aware of the three important aspects of gender equality, violence in sports and sportsmanship. He said, "We have to increase the number of women's participation in Nepali sports." We need to be vigilant against such sports violence, especially sexual harassment and possible sports collusion. "

In the program General Assembly members of all the associated associations and one other representative were present. 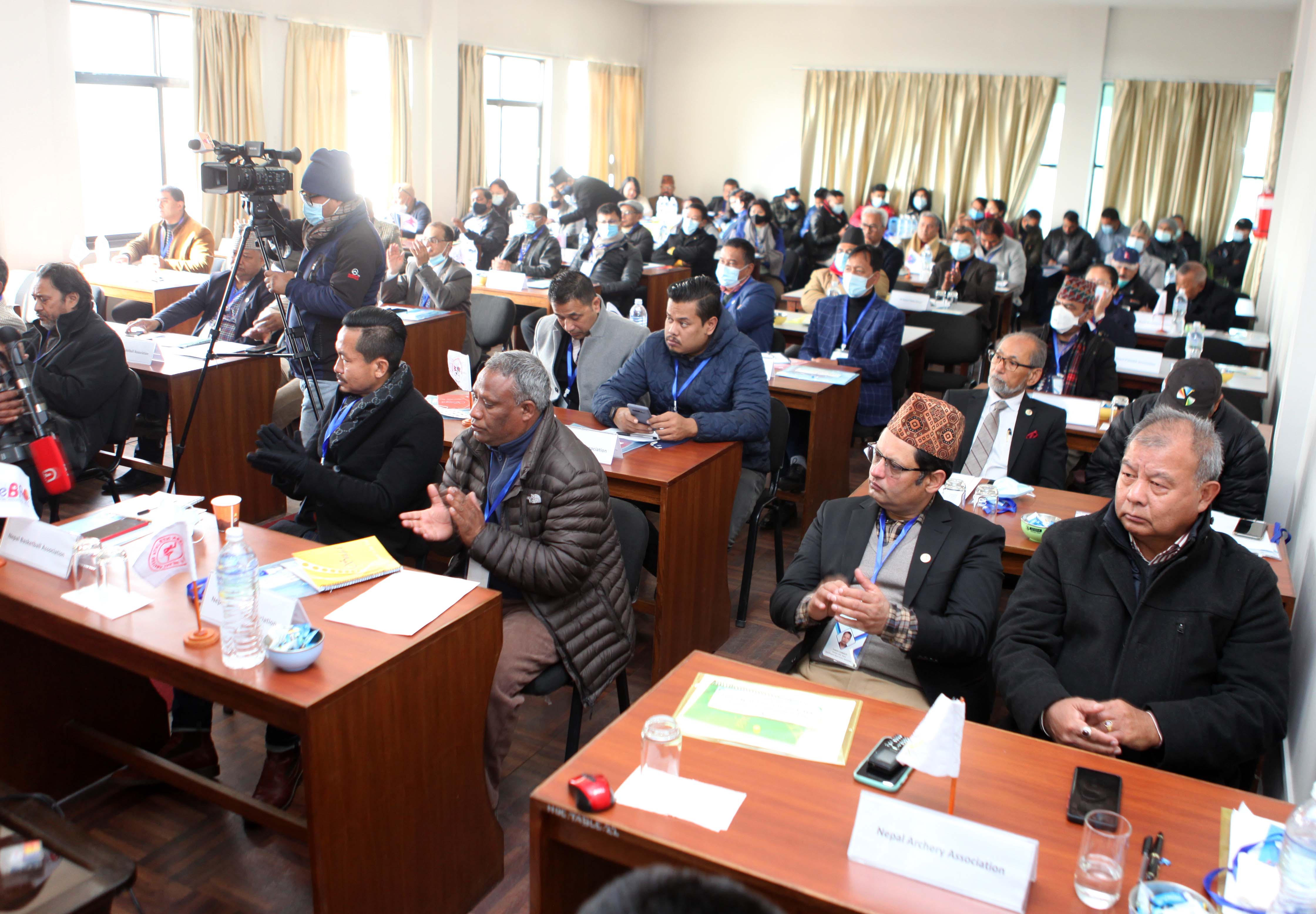