Welcome of Youth and Sports Minister to Nepal Olympic Committee and Preliminary discussion on the upcoming 19th Asian Games with National sports federations:

The competition will be held from September 10 to 25 next year. The discussion focused on Nepal's possible participation, its preparation, its problems, and justifications. The discussion was held under the patronage of Youth and Sports Minister Honorable Athak. On the occasion, he directed the sports association to start its preparations. He also said that an initiative would be taken to arrange the necessary budget for the same. He stressed that Nepal's preparation should be qualitatively good and focus on winning medals. He said, ‘Nepali sports have also achieved some success in recent times. That means we can do something in international sports. President of the Nepal Olympic Committee Honorable Jeevan Ram Shrestha said that Nepali sports have entered a new chapter after the new Sports Act. President Shrestha said, "Asian Games require solid preparation for medals. This is not enough for a day's preparation. We have to start preparing now for a good performance in the next Asian Games ".  He stressed the need for Nepal's participation in the Asian Games to perform well. General Secretary of the Nepal Olympic Committee Mr. Nilendra Raj Shrestha welcomed the newly appointed Minister and expressed confidence that Nepali sports would be run under his leadership.

During the preliminary discussions for the preparation of the Asian Games, officials of various sports federations and former players spoke about the problems in their games, lack of budget, physical infrastructure, and inadequacy of sports equipment. Representatives of Volleyball, Rugby, Golf, Athletics, Equestrian, Karate, Wushu, Table Tennis, Taekwondo, Rafting, Canoeing, Wrestling, Swimming, Cycling, Judo, Tennis, Kapardi, Fencing, Boxing, Triathlon and Badminton were present. In this regard, General Secretary of NOC Mr. Shrestha, who is also the President of the Nepal Triathlon Association, said that the prize money announced to be given to the medal-winning association in the 13th South Asian Games has not been received yet. Officials of the NOC, officials of the Commissions under NOC, officials of various sports associations were also present on the occasion. 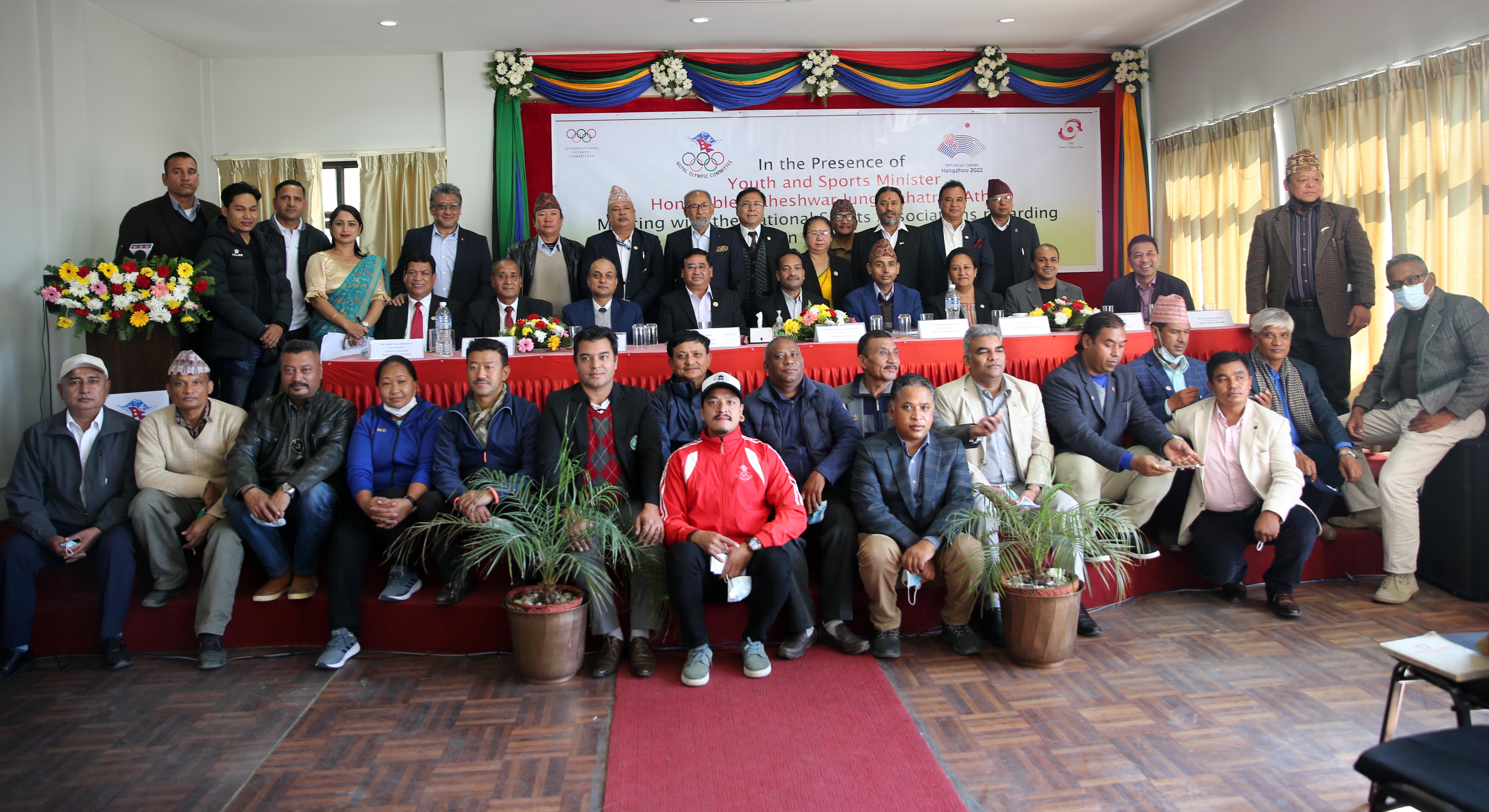