Friday, July 27, 2018
As per the MOU signing of 18th April, 2018 Agility Health and Wellness Cooperation handed over the sportswear for the 18th Asian Games  to Nepal Olympic Committee. The Chairman of Agility Health and Wellness Cooperation Mr. Alfred Chan handed over the sportswear which includes Official Tracksuit, Short, Round neck T-shirt, Polo Shirts, Sports Shoes, Socks, Cap and Sports Bag to the President of NOC/ Member of Parliament Honorable Jeevan Ram Shrestha.

Honorable President Shrestha thanked the Agility Health and Wellness Cooperation for their sponsorship and presented Mr. Chan and his colleagues with souvenirs as a gesture of gratitude. Honorable President Shrestha also added that the brand Agility will also grow drastically as the National Team of different sports from Nepal will wear their kits in the 18th Asian Games slated on Indonesia.  Mr. Chan also gave is best wishes to all the participants and said it will be a proud moment when the national team wear these kits. 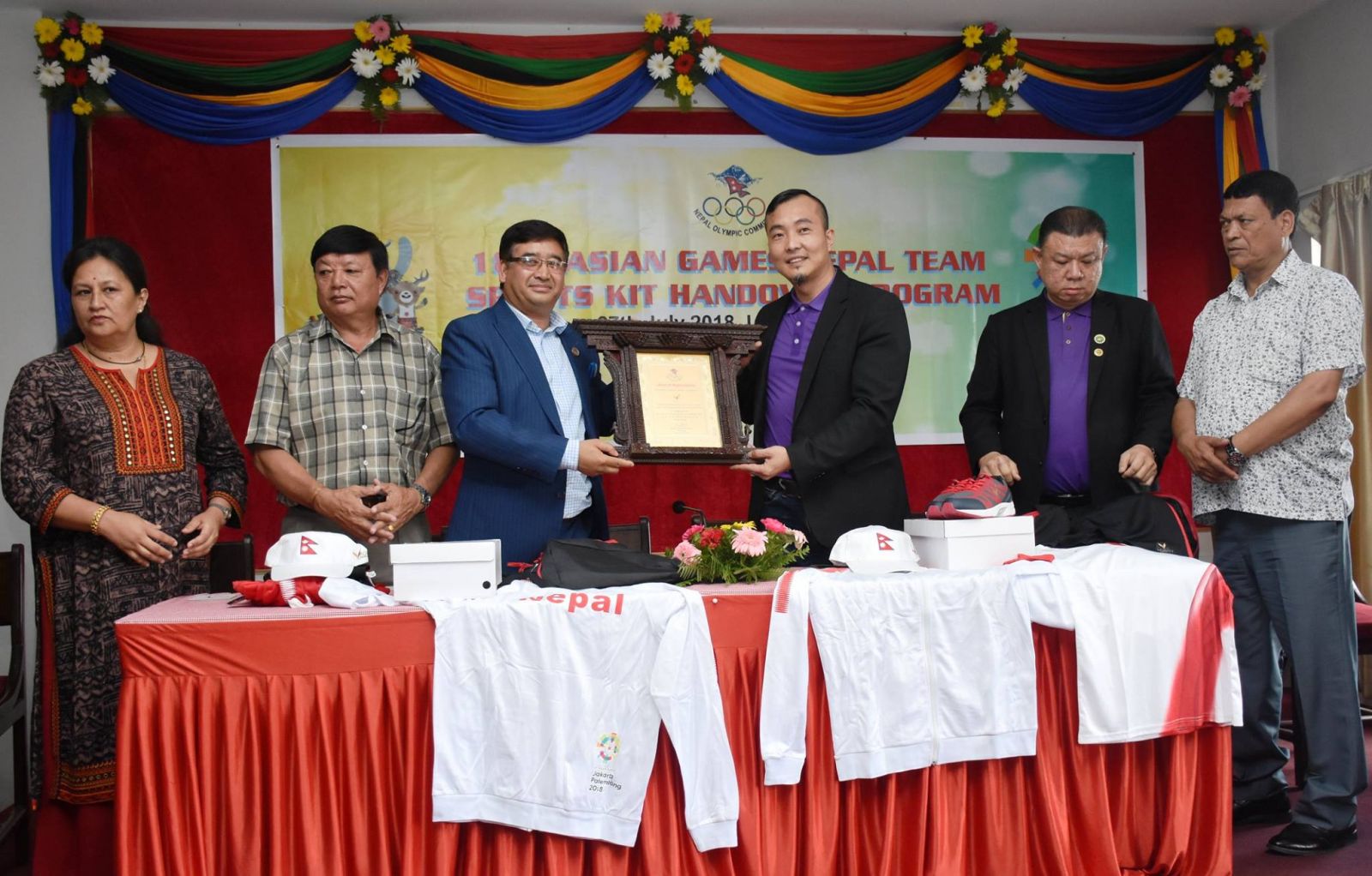 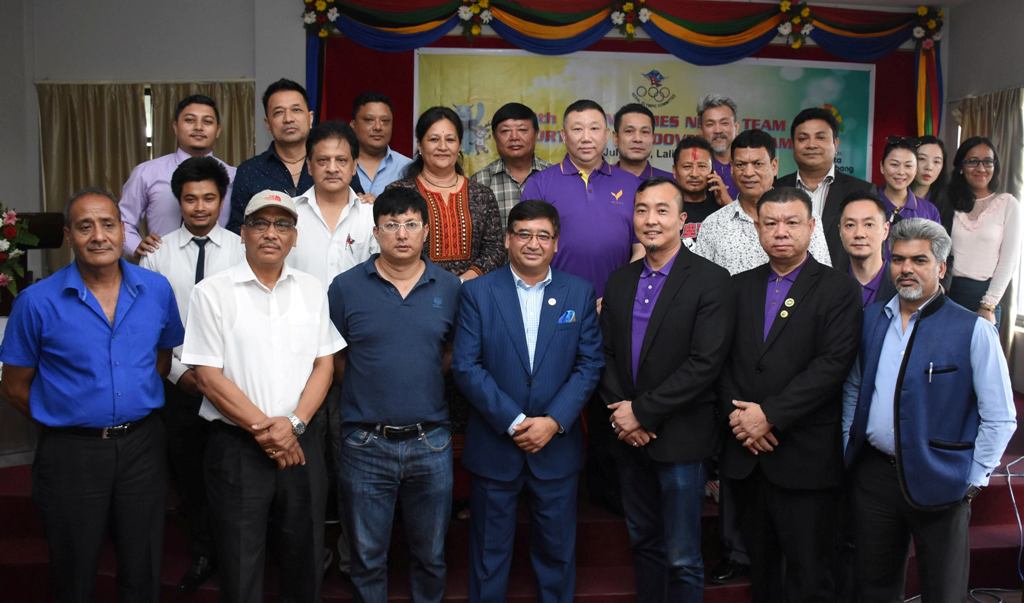