President of South Asian Olympic Council/ President of NOC/ Member of Parliament Honorable Jeevan Ram Shrestha chaired the SOAC Executive Board meeting on Saturday, Nov 9, 2019. After the program there the Chef De Mission Seminar was also conducted on Yak and Yeti Hotel.
In the program Delegates from all the South Asian countries were present. 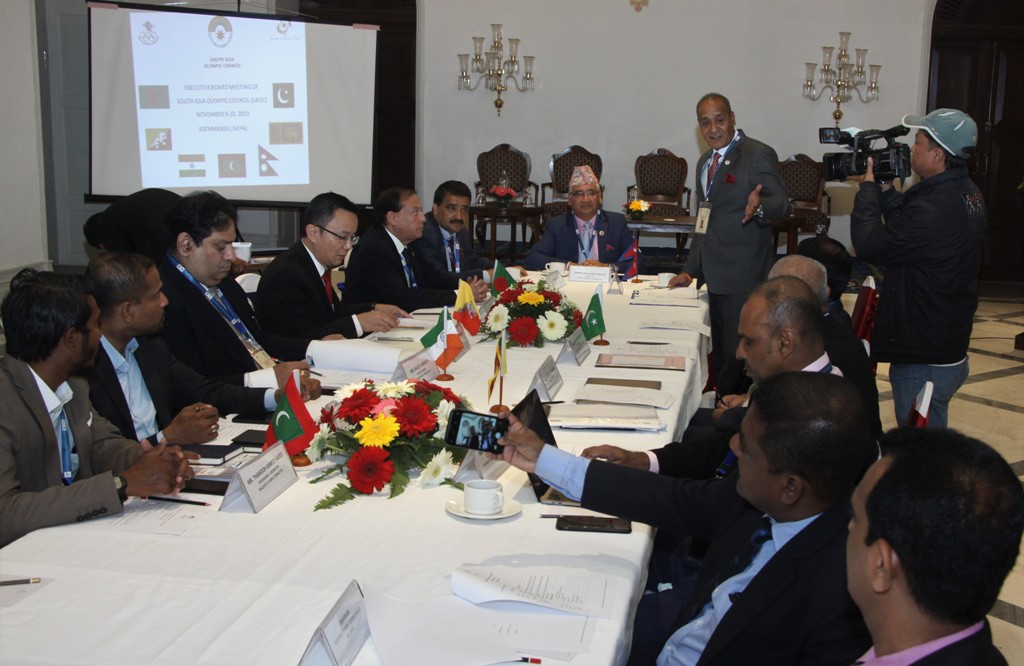 In the Chef De Mission meeting following Delegates were present:

In the Chef De Mission Meeting Vice- President of NOC Mr. Chaturananda Raj Baidhya and coordinator of National Team Preperation Mr. Rim Ranabhat represented Nepal. A presentation was showed to the participants about the location, accommodations and different facilities.

After the meeting all the delegates went on a site visit to Pokhara and returned the next day. They also did a site visit of major Stadiums in Kathmandu. 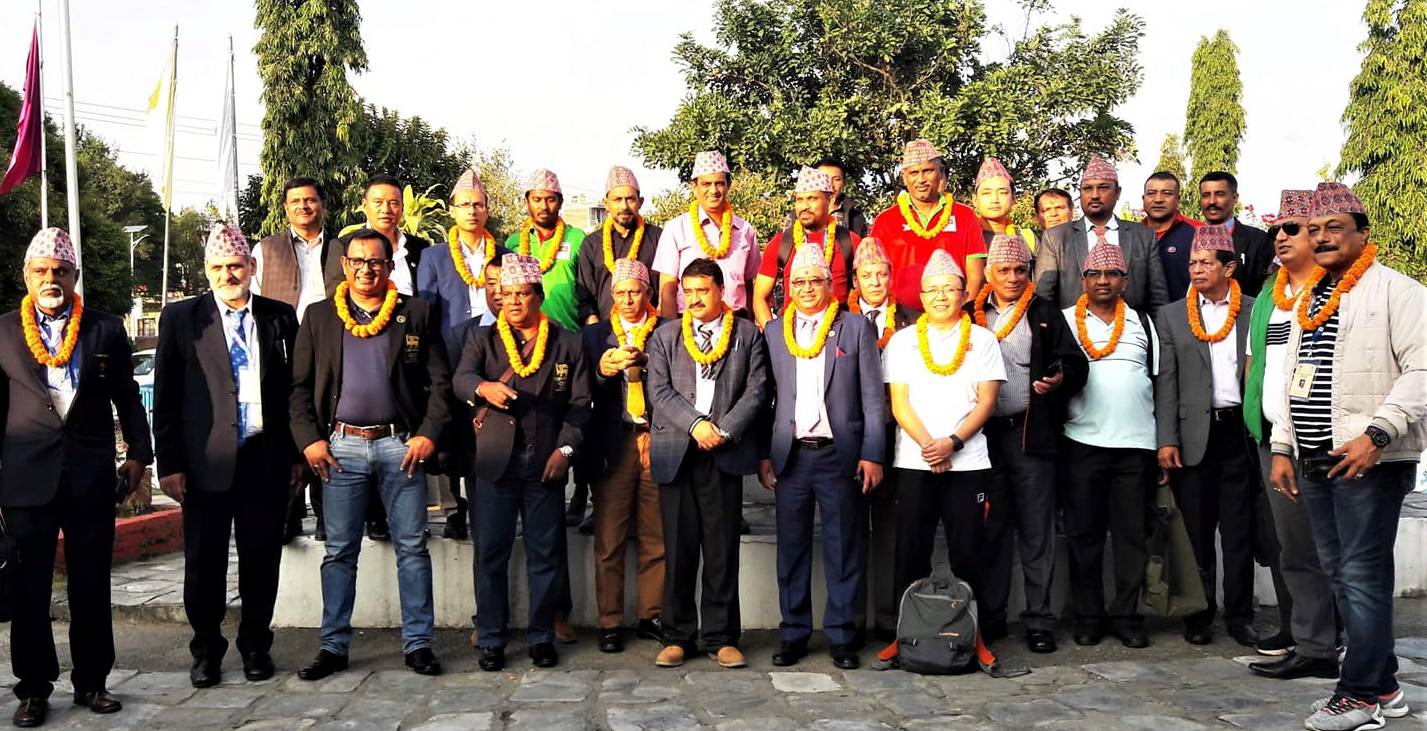