The participants of Junior & Cadet Fencing World Championships 2022 were provided with track suit.

NOC President Shrestha gave his best wishes to Ms. Shikshya for the event and told her to use her previous experiences to improve her game and bring back a positive result.

In the program VP and Executive Director of NOC Mr. Chanurananda Rajvaidya and Member Mr. Ramesh Shiwakoti were also present. 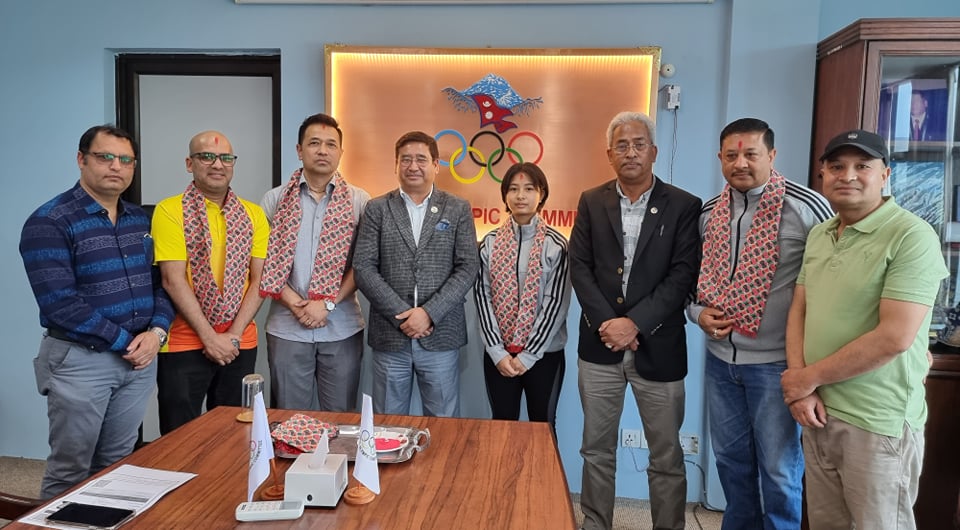